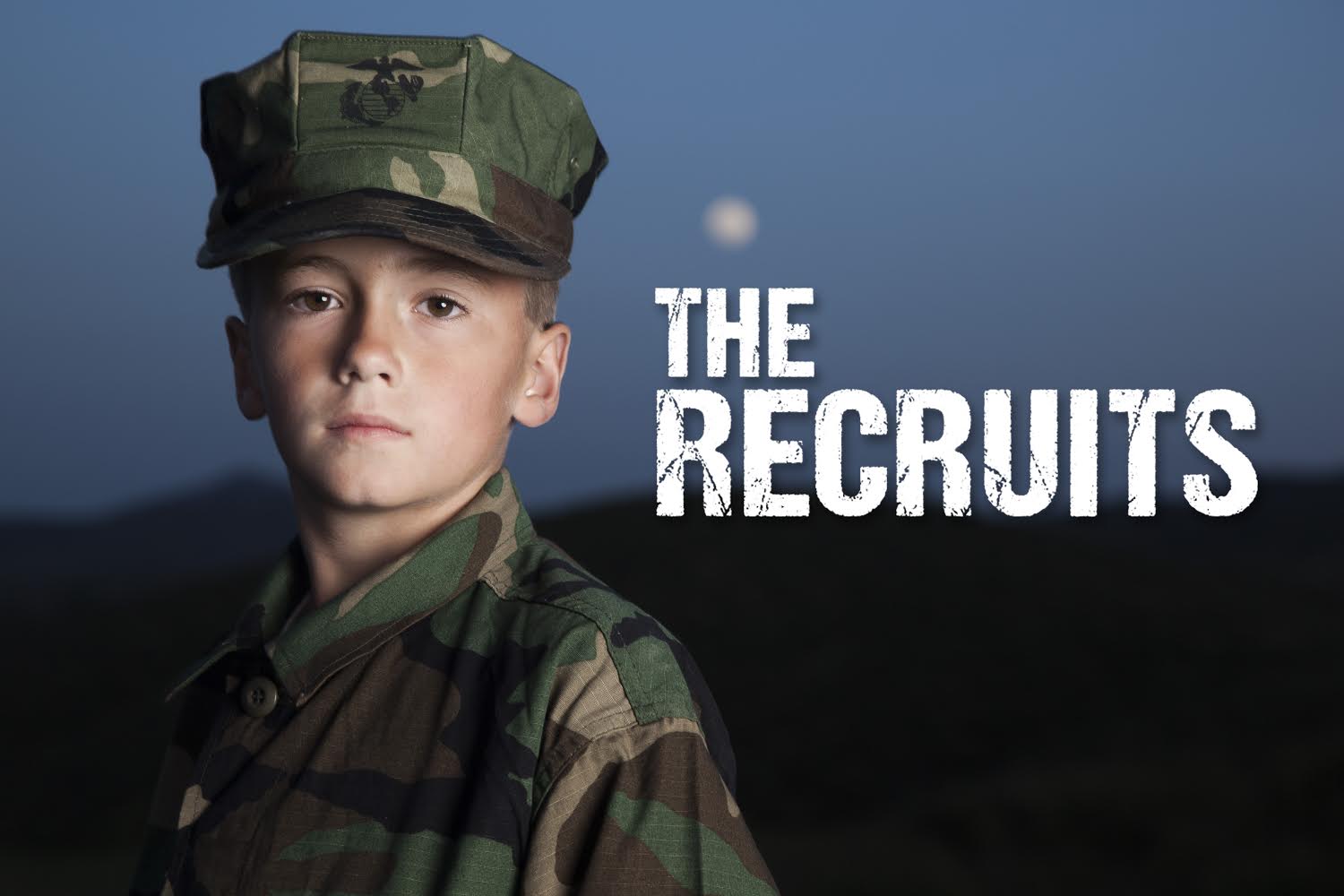 THE RECRUITS follows a group of child recruits as they learn the Marine way of life through a national, youth-oriented military program called The Young Marines. The group grapples with a tapestry of societal issues amidst the personal decision of whether or not to conform under the weight of a powerful institution.

THE RECRUITS follows a group of children as young as 8 years old as they learn close order drill, military rank structure, and firearm training in a national, youth-oriented military program called The Young Marines. The Young Marines is a Department of Defense funded program consisting of 12,000 children in more than 300 units across 46 states. The film profiles a diverse cast of characters among one unit, The Temecula Valley Young Marines, as the children go through the nine-week recruit training process. Told through personal interviews and cinema verite style of filmmaking, the film explores their motivations for signing up for recruitment, in addition to family history, home life, and cultural influences on their belief structure. As the film weaves together the diverse societal issues affecting these children, it raises questions around institutional indoctrination, education, and militarization.

The film takes place in Temecula Valley, a suburban area northeast of San Diego located in close proximity to Marine Corps Base Camp Pendleton, the major West Coast base of the U.S. Marine Corps. Large homes, wide freeways, strip malls and sunny skies sprinkle the valley, hearkening to the old promise of the American Dream. Yet the area was hard hit by the Great Recession and has been trademarked “foreclosure alley.” For many people living in Temecula Valley, the military offers one of the only stable sources of employment.

The main characters of the film are 10-year-old recruit Tommy Hernandez and his soon to be guardian, John Walter. When the film begins, Tommy’s mother, Jennifer, is terminally ill and John has taken Tommy in while his mother struggles with her treatment. While John is a career Marine, he questions the affects of a military program on the psyche of the young boy. Obviously conflicted, John sets up a major question: Will The Young Marines program teach Tommy discipline and keep him away from drugs, or will it turn him into a militarized child?

Other characters include 15 year-old Robbie Healey, who believes he is on a mission from God to kill America’s enemies, 8 year old Brian Weaver, whose family is on the brink of homelessness, and 10 year old Joshua Oliver, who hopes the Young Marines will help him one day get into NASA.

THE RECRUITS explores a variety of societal issues that affect a young person’s psyche during a time of war and economic turmoil. The film takes an intimate look into the lives of the families involved in The Young Marines and how a military lifestyle affects the most impressionable time of child’s development. 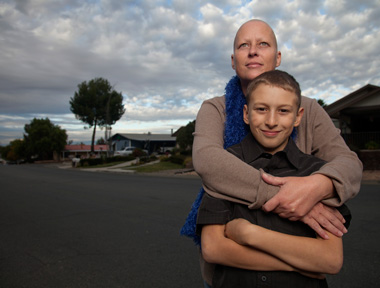 10-year-old Tommy Hernandez is a playful boy who has a mother, Jennifer that is battling cancer. The family that has taken him and Jennifer in include John Walter, a U.S. Marine and Afghanistan veteran. Tommy was influenced to join the young marines based on John’s experience. 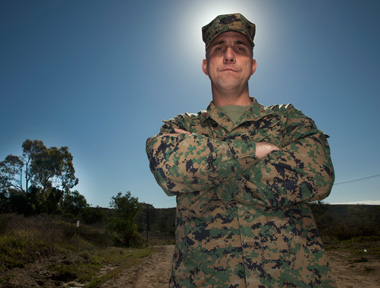 John Walter is Tommy Hernandez’s caretaker and main influence on the boy’s decision to join The Young Marines. While John is a career U.S. Marine, he questions the affects a military-based youth program will have on the 10 year old child. 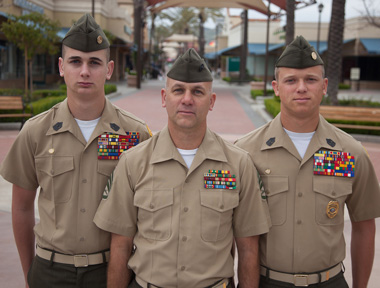 The Commanding Officer of the unit, Michael Guiles, is an ex U.S. Marine who has served in Somalia and Desert Storm. His sons, Joshua, 19, and Nick, 17, are the senior Young Marines who teach the recruits and plan on entering The U.S. Marines following their graduation from high school. 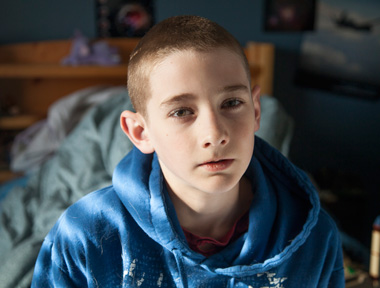 12-year old Joshua Oliver is a quiet, sensitive boy with a strong interest in NASA and no family connection to the military. He is homeschooled and his mother, Tanya, enrolled him in The Young Marines with the hopes it would help him work for NASA one day and develop social skills. With an absent father Tanya also hoped that her son would find a strong male role model in the Commanding Officer Michael Guiles. With a strong faith in Christianity, she found out about the program from another main character’s (Brian Weaver) mother a fellow parishioner. 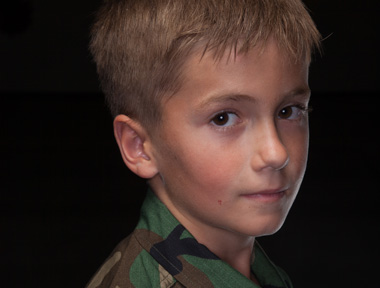 8 year old Brian Weaver is one of the youngest recruits. His mother, Sally Weaver signed him up because his two older brothers are already Young Marines. He is indifferent to the program, as he does not enjoy being yelled at or the strain marching in boots puts on his feet. 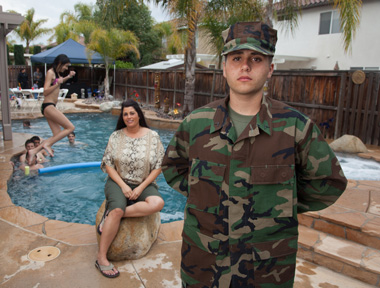 15 year old Robbie Healey is the leader of the recruit class. Selected as Platoon Guide, it is his job to look after all the recruits. Robbie is very excited about The Young Marines and looks forward to joining The Marine Corps right out of high school, and believes God selected him to defend America her enemies. 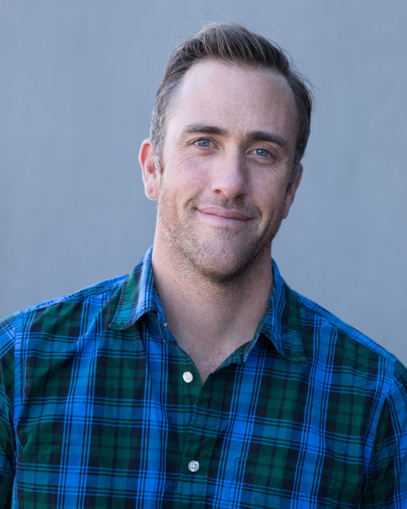 As an Oakland-based documentary filmmaker, video producer and creative director Carl works with clients from Left to Right Coast and beyond; The San Francisco Bay Area, Los Angeles, New York City and the World. As a director, producer, director of photography and editor, Carl started his own freelance production company, Corduroy Media, in 2003. His interest in digital storytelling, cinematography, and creating compelling narratives, motivates his projects with independent artists, non-profit foundations, educational groups and corporate and commercial clients. In 2008, Corduroy released 2nd Verse: The Rebirth of Poetry, awarded best documentary at San Francisco Independent, Santa Cruz, and London Independent Film Festivals. In 2008, Carl completed a ten month project with MTV producing segments for their Emmy Award winning Choose or Lose campaign. His broadcast work has been aired on MTV, MTV 2, MTV Tres, MTV U, and VH1, Current TV as well as distributed on-line by the Associated Press. 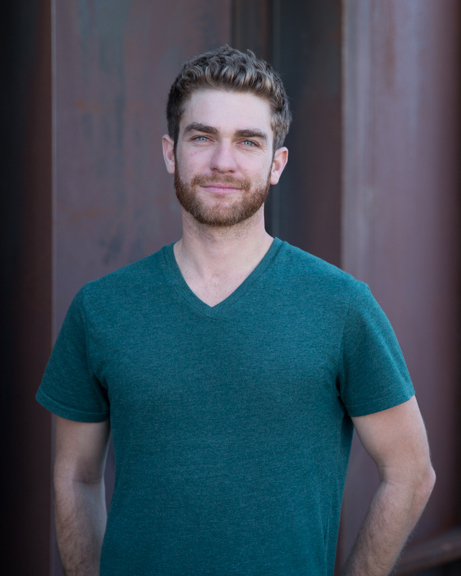 Sean Donnelly is a director of photography, still photographer, and visual storyteller based in Oakland, CA. Sean is guided by imagery that combines moment and meaning. Sean is a partner at Corduroy Media, a San Francisco Bay Area based creative agency, whose clients include Google, Salesforce, The Red Cross, Microsoft, and UCSF. Before working with Corduroy Media Sean was a producer for TIME.com, MSNBC, and a freelance photojournalist for a number of news organizations across the country. He was also selected as one of the 25 under 25: Up and Coming American Photographers by The Center for Documentary Studies at Duke University. When not shooting you can find Sean surfing, hiking, or getting beat up by his cat. THE RECRUITS is Sean’s first feature length documentary. 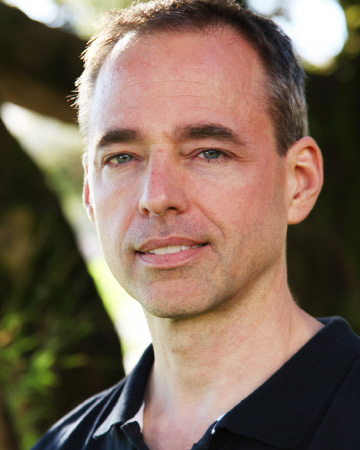 Chris Faber is a produced screenwriter, cinematographer, award-winning video editor and former professional blackjack player. In addition to his passion for editing documentaries, he's head honcho of San Francisco-based Faber Productions, which produces videos for individuals, businesses and non-profits that engage people's hearts and minds and move them to action. 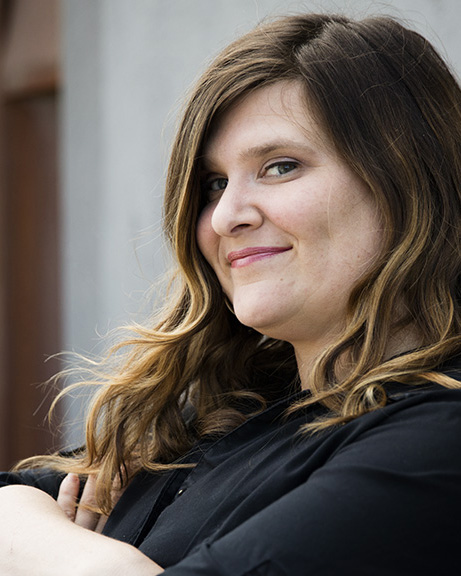 Crescent is a visual storyteller, at times stricken with an overload of ideas she has been diagnosed with a rare form of critical thinking disorder. Fortunately, as lead editor at Corduroy, she uses her imaginative prowess to edit compelling videos that resonate with viewers. Crescent’s discerning eye gives Corduroy Media projects authentic flavor and attention to detail. Crescent started her filmmaking career at 10 years old, directing and staring in TV shows she and her siblings created on her mom’s VHS camera. In college, she learned to edit on tape to tape systems, 16mm film and on the first versions of Premiere and Avid. Crescent is now an award-winning filmmaker and editor whose documentaries are distributed internationally. She produced the feature documentary, THE HERETICS, (2009), which premiered at MOMA, NY and has screened at hundreds of film festivals and on television. Her 2013 film, Performing Girl, won several awards, including the Grand Jury Award for Best Documentary Short at the Outfest LA. Crescent holds a Master of Fine Arts in Cinema and has taught filmmaking and editing at San Francisco State University and Hampshire College.